After a year away the Spring 2013 Apex Challenge returned to Sherwood Pines Forest Park in Nottinghamshire. It is a location we have used repeatedly because it works so well for the competition.

Almost 100 teams joined us for the event which included the spectacular new Apex Mountain obstacle as a start/finish point and several new activity bases, all with the added challenge of taking place during the evening. 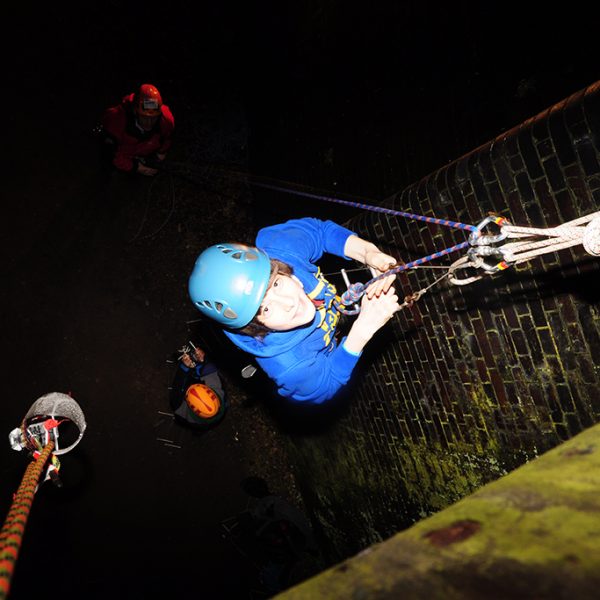 We have had a film crew at our autumn events for several years but until 2013 we hadn’t managed to capture the intensity of our spring competition on film. It’s an event that traditionally takes place largely in darkness and has a completely different feel to our autumn contest.

This year Ben Sheldon spent Saturday evening capturing much of the action from our activity bases as well as the impressive feat of scaling Apex Mountain. His footage has now been edited into a four-minute compilation of the best bits of the event.

After last year’s tenth birthday celebrations at the Apex Challenge, we knew we had to start the next decade with something special. So the Apex team pulled out all the stops to run our biggest and most dramatic ever overnight adventure competition, in one of the country’s most famous forests.

As teams started to arrive at Sherwood Pines it was clear this event was going to be a real challenge. Even before they had put up their tents, competitors from across the UK were coming face to face with Apex Mountain, a huge towering obstacle which would stand between them and the start of the event. All of that was yet to come though as first there was plenty of planning, eating, meeting and socialising to do as the anticipation grew.

The field started to turn into a sea of pink as this years’ distinctive (and exceptionally bright) t-shirts were being worn straight from the shop. It made for quite a sight, but teams were soon realising the colour may not be all that helpful for their night trying to avoid the chasers in the forest.

As the 400 eager teenagers packed into the marquee for the briefing, plans and strategies were already being devised. There were many recognisable faces – people for whom this was their fourth or fifth Apex Challenge event. But for others this was their first Apex experience, and as the presentation started, it was clear they were beginning to realise what they had let themselves in for.

No sooner had the briefing ended than the event began. Minute-by-minute the teams were racing from the start, heading straight for Apex Mountain. This seven-metre high obstacle was a real challenge where only those who used teamwork, strategy and skill would succeed. Then after a dramatic descent down the north face, they were off on their six hour adventure in the forest.

Teams started racing to the four corners of the playing area. They were hunting down the control points, hastily running away from the Apex chasers, but most of all trying to locate the twelve intense activities, as they tried to increase their score.

From assault courses, to strategy games and inflatables, the activities ranged from the exhausting to the bizarre. Teams were having to race giant caterpillars, attack an armoured fort, take on the wild-west horses and even pop balloons on space hoppers to be rewarded with their Apex points. Elsewhere they were scaling ladders suspended from a disused railway bridge, and taking on a giant inflatable assault course. But wherever it was that they were gathering these points, it was taking real determination and teamwork in order to succeed.

Six hours is a long time to be flat-out, so it was clear why so many teams looked so exhausted as they headed back to event centre. But before they could download their well-earned points, Apex Mountain still stood in their way. This time the mountain had to be scaled in reverse, but the giant slide down the north face led to a dramatic and memorable end to their adventures in the forest.

By now the Apex software was working at full pelt. Announcements welcomed each team back, before an animated map showing the route of each team was broadcast on the big screen. Competitors from the first-timers to the old hands were sharing stories of their night in the forest, as they compared their performance with those just arriving back. Despite the chilly April weather, the atmosphere was warm and welcoming as the now legendary Apex vibe filled the marquee. Everyone was tired, but few wanted to go to bed. The Apex family was enjoying another night together.

By morning the limbs were aching but the sun was shining. And as hundreds of bacon butties were being scoffed, the results were being prepared. Then as everyone packed back into the marquee it was time to reveal how everyone had done. As the countdown ran, and the team names were called out, cheers filled the tent as everyone became increasingly impressed with each others’ performance. Then it was time to reveal the winners – and with a dramatic final that wouldn’t look out of place on the X-Factor – the champions were named. With prizes for the top three teams in each category, there were plenty of people leaving with solid reminders of their victory at Sherwood. But everyone was heading home with unforgettable memories of their time at the Apex Challenge, and already planning their winning strategy for the next one.

So what was happening out there? Here is a look at the 12 activity bases. How many did you get to?

Popping water bombs suspended from above, using a space hopper, and wearing a helmet with a spike attached. Bizarre but true!

One of the most popular inflatable games – running and leaping as far as possible to gain enough points to unlock the punch.

Taking on a kid’s adventure playground in a much more challenging, and much wetter, way!

Attacking a heavily-armoured fortress without being pelted by the high-powered mortars and canons.

Racing across one of the region’s longest inflatable assault courses, where speed and skill combine for success.

Steady hands, good teamwork and perfect communication is needed at this giant version of the steady hand game.

Shooting penalties, Apex style – where tidy footwork and a bit of determination is needed to succeed.

Scaling a huge wire ladder under a dramatic railway bridge to reach the crucial punch, hanging precariously above.

Racing a giant caterpillar around this woodland course where mistakes cost time and points.

Riding a wonky donkey through the wild west, shooting targets for the fifty point reward.

Racing through the moonlit mountain bike course, with loads of obscene obstacles, and nearly zero visibility.

A bungee challenge like no other where the team had to work together before the elastic took hold.