With a stunning playing area and a series of new activities, combined with some fairly intense weather, this event was particularly challenging for those taking part.

But the weather couldn’t spoil the enjoyment for everyone taking part and it was one of our most successful weekends ever. 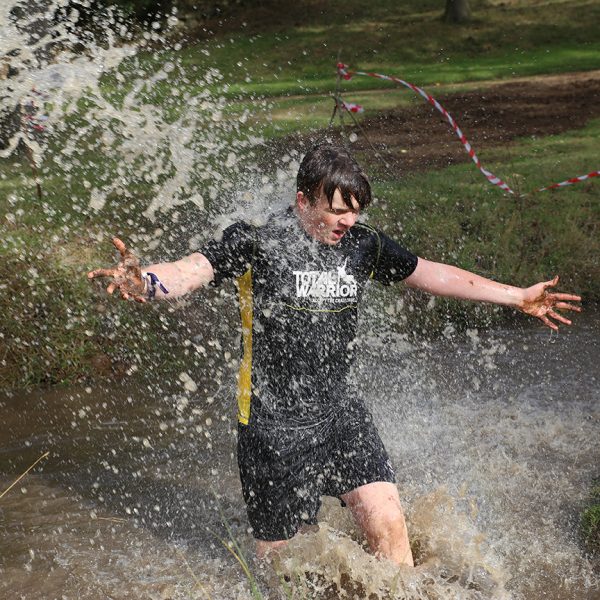 Our cameras were out capturing all the action right through the weekend.

And this video proves it!

Watch all the action from a brilliant weekend of adventure.

With the rain pouring, the event began with a challenging sprint version of the main event. With just 70 minutes to hunt down 15 well-hidden control points strewn over the Bramham Park estate in the pitch darkness, it took great navigation skills, determination and endurance to succeed.

And teams weren’t alone. There was an army of highly trained Apex Chasers out to hunt teams down and take their points away. As teams returned, soaked and exhausted, the marquee was plunged into red light whenever a team returned which had been chased and caught.

But it soon became clear some were in line for great things as the rest of the weekend got underway.

With six hours to collect as many points as possible, teams needed a great strategy to succeed. Activities ranged from kayaking across an open lake, to mountain biking down sheer slopes and hurling axes – so teams needed to be adaptable to make the most of what was on offer.

And all the time, seconds were ticking away and it was those who used clever route planning with endurance and determination who came out on top. The rare giant Apex parrot was out throughout the event – and 59 teams managed to track him down to secure the substantial 75 point reward.

As teams gathered at Event Centre, they got the latest scores at the results update. It was also becoming clear what was laying ahead on Sunday. But before all that it was Saturday Night Live. Competitors danced into the night to the sounds of “The Epics” playing a fantastic live set on stage. Neon face paint and wild dancing followed to make it an unforgettable night.

This year brought us the toughest ever Apex Adventure Race. The 5km course took in woodland tracks, steep slopes, boggy swamps and thick forest – but dotted along the route were more than a dozen new obstacles. From crawls under ‘barbed’ wire to wet river crossings, water sprays and intense muddy crawls this tested the endurance of event the fittest competitors.

All in all it was once again a fantastic weekend in a stunning location.

Here’s what could be found at each of the bases on Saturday. Be sure to also check out the full results including the leaderboard sorted by teams’ gender, the facts and figures, team simulation, and more than a thousand photos from the event below.

A: The Great Lake

All your team had to take to the water in a kayak to reach the box at the far side of the great lake. But not everyone made it out without an impromptu soaking!

A tough assault course made even trickier by teams having their own personal log to carry around. It needed teamwork and lateral thinking to make the best progress across the obstacles.

C: On The Ropes

A wobbling, precarious low ropes course where teams had to work together to make it across the whole course in this mysterious quarry.

A tough mountain biking challenge where only the select few could make it up that initial hill unaided. But the reward was a fast downhill stretch through the woods – and the much sought-after 50 points.

Strange name for a base that involved carrying cups of water while blindfolded over a tricky course! But when the cave bus became unavailable, these base organisers had to think on their feet and came up with a great, daft game to keep teams entertained and keep the Apex show on the road!

F: Hole In One

Free points for everyone!

An Apex classic which proved popular throughout the day. Did you have the balance and skill to pop those balloons while careering down the slope in your sledge?

A new base for Apex where wheelie bin racing was the order of the day. With novelty helmets and your choice of ‘vehicle’ teams took to the demanding course to secure their points.

A tough challenge where communicating and working as a team were critical to get the 50 points.

Going round and round in circles? A logic puzzle where memory and teamwork combined to find the fastest route to your virtual destination.

It’s just ones and zeros – but the task was intense at this binary challenge. Did your team have the digital skills to unpick the code?

Who doesn’t like throwing an axe?! A great test of agility and accuracy as your axes started embedding themselves in their targets in this medieval throwback event.

Why did the chicken cross the track? To get the 50 points… With the usual blend of obstacles, skill challenges and madness from our friends in Otley – this base proved a massive challenge to an never-ending stream of teams.

It took great communication skills to be able to describe the instructions so your teammates could build the lego temple. Not as easy as it might seem!