A brand new location for the Apex Challenge as the event moved to the Harewood House estate on the outskirts of Leeds. The stately home provided a spectacular backdrop and a playing area that is not normally open to the public.

Teams arrived on Friday ready for the weekend to begin with a sprint-version of the event in the form of the Apex Intense. Saturday’s main event was followed by a live band and party night and the brand new Apex Adventure Race on Sunday. 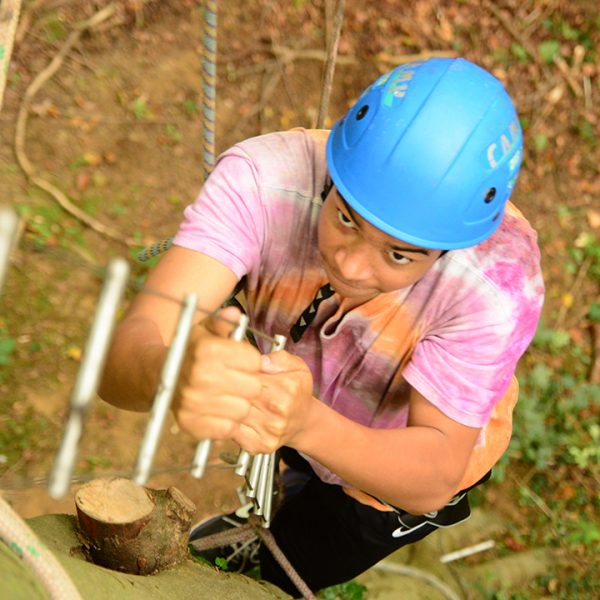 With a brand new playing area the Apex Challenge had a brilliant three days on the Harewood Estate.

Filmed and produced by Phillip Norton, the video includes the thrill of the Friday night challenge in some of the thickest fog at any Apex event. Then there was a full day of adventure on the Saturday followed by the all new Apex Adventure Race on Sunday which tested teams like never before.

With vast open lakes, mysterious derelict castles and dense foreboding woodland, the Harewood Estate proved an incredible setting for this Autumn’s Apex Challenge. And with so many equally impressive activities taking place right through the weekend, it was no wonder there was such an amazing atmosphere amongst the 400 young adventurers taking part.

The historic grounds were quickly filling up on Friday night as teams arrived from right across the UK. After passing through the huge Apex gateway, tents were being pitched, maps studied and tactical plans hatched as the 100 teams prepared for the weekend ahead. The sounds of team names were echoing around the estate as our sound system personally welcomed each team as they signed in. Supper was already being served from the Apex Café as the first event briefing drew nearer.

With lights, fireworks and a stomach-busting soundtrack the first presentation got underway. With more than 500 people packing into the marquee, the format of the weekend’s activities was explained. But there was no time to contemplate what lay ahead as the events started right away.

Teams were soon racing over the huge inflatable assault course as they started their 60-minute ‘Apex Intense’ event – a sprint version of what was to come. But as teams scoured the moonlit grounds of Harewood House for Apex Points, an army of chasers were out to track them down and steal points back. Many teams managed to return while evading capture, but other weren’t so lucky. As the early hours drew in, teams were getting to their tents to grab what sleep they could before the main event.

As Saturday dawned, the activity teams were out in force, building ropes courses, delivering sledges and launching canoes. Back at Event Centre, teams were putting the finishing touches to their event strategies, and then one-by-one they set off.

With six hours ahead of them they started their Apex adventure. From archery to rifle shooting, caving to canoeing, there were 14 tough activities to complete. But it wasn’t just about the physical, they found their skills, teamwork and mental agility were being tested just as much as their athletic strength.

Navigation was proving difficult as teams plotted their own routes around the vast estate. All they time, they were picking up extra credits as they downloaded points onto their electronic tags.

Then there was the infamous parrot. Dozens of teams managed to track the wild bird down, getting an impressive 75 points for each capture. Some even managed the elusive ‘double parrot’!

As teams started returning, the results programme was swinging into action. Competitors returned over the inflatable obstacle course to be instantly greeted with an animated map of the route and an ever-evolving leaderboard on the screen.

It was clear many were feeling the strain after six hours of intense activities, but there was no time to rest. Straight after tea, the results so far were revealed – and then it was time for Saturday Night Live – live music and a renowned DJ to take the event well into Saturday night. The music was fantastic and the atmosphere impressive as 400 adventurers partied through the night. It was a fun but exhausting end to an exhausting day, and it was little wonder the campsite was much quieter on this second night.

Then on Sunday it was the finale, time for the Apex Adventure Race – a brand new 5K route packed with obstacles for teams to complete. After an energetic mass warm-up the first teams were setting off – 20 at a time – to take on the toughest Apex course ever.

More than 12 obstacles packed the route including scramble nets, the mangle, walls, grovels, climbs and an impressive water splash. As teams made their way across rivers, down tracks, and through undergrowth the spirit and enthusiasm was clear to see. This was as tough as adventure events get, yet the Apex spirit shone through as every team completed the challenge.

Then it was time to relax before the crowds headed back into the marquee for the results. With cheers and smiles, everyone discovered how they had done and every team found out how their performance had compared to everyone else’s. Prizes were given out, and tactics compared before each team left with their own personalised results pack.

As the camping field cleared and everyone started heading back to their own part of the UK, it was clear the Apex Challenge team had done it again. It has been another incredible event with the sort of atmosphere you can only get at the Apex Challenge. Now, let’s do it all again next year!