It was one of the warmest Autumns on record for the 2011 Apex Extreme. As Bramhope in West Yorkshire baked in the heatwave, 90 teams competed in the Apex Extreme.

The all new Urban Zone around Otley was one of the highlights of Saturday’s main event which included several new activity bases. There was also a brand new Friday sprint and a dramatic finale on Sunday. 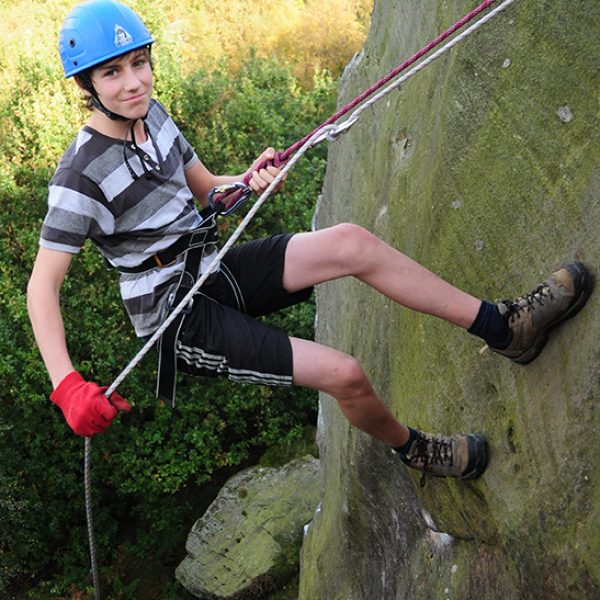 This event was always going to be a real challenge, not just for those taking part, but for the ever-growing team of volunteers who have been working throughout the year to make it happen. With more team places than ever before, and a brand new playing area, there has been plenty to sort out, but once again the team have pulled it off with another spectacular Apex Challenge event.

The huge demand for these events was demonstrated as soon as the online entry system opened for business. Incredibly, all 90 team places were snapped up in less than two hours. Those fortunate enough to get a place could then start planning for the big weekend, and what a weekend it’s been, in such incredible weather.

It all started with the manic and energetic Apex Super Sprint on Friday evening where teams had to think quickly to locate as many controls as they could, cunningly hidden in the darkness.

As Saturday dawned, the main stage of the event got under way. As the sound system reeled off the dozens of bizarre team names, the staggered start began and teams were heading off for their seven hour adventure. More than a dozen activities were located in the huge playing area. From ropes courses high in trees to archery, grass sledging and our toughest ever rock climb, there was a seemingly endless series of challenges to test the teams to the limit.

As the hours passed, many were making their way to the Urban Zone – a new element of the event where finding your way through streets and footpaths was as important as navigation through the hills and forests. Controls had been cunningly hidden in garages, on river banks and even in a sweet shop! Solving the cryptic clues to find them was yet another tough challenge for the teams in this brand new environment.

Soon teams were returning from their adventure – their electronic tags now stuffed full of Apex points. They were greeted with an instant display of their route on the Apex big screen, and finally a chance to relax after the intensity of the day.

The evening briefing brought a chance to reflect on the achievements so far, but also introduced the next stage of the event. The Apex Apocalypse that was due to arrive on Sunday. But the Apex Challenge isn’t just about relentless activity and action, and the vibe throughout the site on Saturday night was one of relaxing and partying as the Apex Superclub and chill-out campfire went on well into the night.

On Sunday the Apocalypse swung into action – an intense game where our teams had to track down twenty escaped fugitives, all behaving differently in the three escape zones. From those hiding in the bushes in Death Valley, to others manically running through the Forbidden Forest, finding all twenty proved to be a tough challenge for most of the teams.

And then there was the Final Assault – our longest and best ever Apex Challenge assault course. After months of planning, and days of building, the course was packed with an incredible series of obstacles to test the teams to the limit. Energy was quickly being zapped, but with so many Apex points up for grabs for the fastest teams, it was clear to see the determination on the faces of so many competitors.

As Sunday’s lockdown came and went, the event was winding down and lunch was a welcome sight back at the Event Centre. Then anticipation was growing ahead of the final results presentation. With more than 400 people packed into the marquee, the result of all the hard work of the last 48 hours became clear. First the event video showed off Apex at its best, then the results and the nail biting reveal of which teams were being crowned the winners.

Yet again, some were leaving with the trophies and top prizes, but all were left with some cracking memories of yet another intense Apex adventure.

Here’s a look at the main activity bases from Saturday:

It’s a minefield out there! You had to make sure your teammate didn’t get blown up from the dangerous IEDs, but cracking the code was critical.

B: UP AND OVER

The indoor adventure assault course which tested everyone’s balance, ball skills and even frying abilities. But could you make it through the web to the crucial punch?

In one of Apex’s more unusual challenges, your team were joined by the ladies of the Otley Handbell society, to create a tune using your musical skills to the max.

This was Apex’s first ever bouldering base. A tough sequence of boulder challenges on the world-famous Chevin.

It’s a long way down, and your only route off the edge was a nervy, exposed abseil. But with the punch tucked away at the bottom, the only way is down!

It’s pizza building, Apex style. In a manic, cookery-based event, your teams had to create the huge giant pizzas to the chef’s special recipe, but when sliding down a plastic sheet, that’s certainly far from straightforward.

With the fish stuck at the bottom of the rock, it was time to reach for your rod to rescue them. A bizarre fishing challenge, high on the crags.

The Apex Challenge’s toughest ever rock climb – these routes really challenged teams to the limit – only those with the strongest head for heights could reach the top.

It was a bucket full of adventure at this game in the clearing requiring both skill and lateral thinking to solve the puzzle.

Extreme grass sledging on the side of a quarry? What could go wrong? This was the time to take to the sledges, but the speed meant many were jettisoned before they even reached the bottom.

It was another tough high ropes course, up in the trees. It took a good sense of balance and strong arms to make it right across the great divide.

It was time to tower up in this woodland clearing. Skill and teamwork were the key to being able to build the towers high enough for the 50 point reward.

An extreme mountain bike course where a good sense of balance was critical to succeed.

You needed the skills of Robin Hood at this archery base – but did you have a steady enough hand to burst the balloons?

This was the most egg-cellent activity we’ve had in years. You had to have real skill to fire the catapulted eggs into the awaiting nets.